SodaStream has long dominated the Finnish market for water carbonation machines and carbon dioxide bottles used in them. In 2017, SodaStream sued Mysoda for a trademark infringement in the Finnish Market Court (MAO:465/17) because Mysoda refilled empty carbon dioxide bottles originally put on the market by SodaStream and remarked them with its own labels. The legal question of the case concerns the assessment of a legitimate reason to oppose the later use and relabeling despite of the exhaustion of trademark rights. After an interim judgment from the Market Court, both parties successfully requested for leaves to appeal from the Finnish Supreme Court. The Finnish Supreme Court then referred the case to the Court of Justice of the European Union (”ECJ”) for a preliminary ruling. The preliminary ruling was given on 27 October 2022 following the opinion of the Advocate General given last May. Properta represents Mysoda in this trademark dispute.

In connection with parallel imports, in its previous case law, the ECJ had established the so-called BMS criteria to be assessed (C-427/93, C-429/93, and C-436/93). The question referred to the ECJ now in relation to carbon dioxide bottles (C-197/21) was, whether the BMS criteria and, in particular, one criterion – namely, the necessity criterion – apply within one Member state when already sold and emptied carbon dioxide bottle is refilled, and the earlier label is replaced with the label of this refiller. Under these circumstances, SodaStream’s – who had originally put the bottle on the market – trademark rights to the trademarks engraved on the bottle had exhausted. SodaStream argued, however, that the application of the BMS criteria, and at least the necessity criterion would, in principle, mean that changing of the label is totally prohibited. This would also mean that the subsequent refiller could not be able to express its identity to consumers by using its own trademarks and/or other information on its own labels.

However, SodaStream’s claims were unsuccessful. The ECJ did not consider that the BMS criteria, entirely or partly, should be applied in the case. The ECJ even stated that, as a principle, when goods are intended to be reused multiple times, it must be considered acceptable, under certain conditions, that the bottles are refilled and relabeled by replacing the previous label with a new one while leaving the original trademark visible. It can be noted that Advocate General, Giovanni Pitruzzella, also stated in his opinion that the relabeling seems, in principle, necessary so that the bottles can be used for their purpose, and for the independent fillers to have access into the secondary market. This interpretation is essential to ensure the well-functioning of the circular economy of carbon dioxide bottles as these bottles are intended to be refilled numerous times, and therefore, can circulate on the market for decades. Where the legitimate reason to oppose the later use is an exception to the general rule of trademark exhaustion, the interpretation must be as restrictive as possible.

The ECJ stated that the Viking Gas decision on the refilling of gas cylinders (C 46/10, “Viking Gas decision”) comes closer to the case at hand. Therefore, the legal principles set out in the Viking Gas decision should be considered. In its preliminary ruling, the ECJ also provided further guidance on the assessment. Namely, the legitimate reason, based on the existence of an economic link between the trademark owner and a reseller i.e. refiller, to oppose the later use does not exist when consumers understand the distribution practices of carbon dioxide bottles on the market in question, and the information provided is clear and unambiguous to them. According to the ECJ, when assessing the impression stemming from the new information, the national court must also consider the distribution practices of the relevant industry, and the degree of knowledge of those practices among consumers.

In Finland, it is possible for a consumer to replace his/her empty carbon dioxide bottle with a full one in almost all major retail chains. In addition, multiple different companies have refilled carbon dioxide bottles in Finland for years. Most of these companies also use their own brand labels in refilled bottles. Even SodaStream itself is using its own brand labels also in carbon dioxide bottles originally put on the market by others (including, Mysoda, Linde, and Viking Soda) – despite of the fact that the use of similar pink brand label of Mysoda was considered infringing in the interim judgment of the Finnish Market Court. The Market Court’s opinion in the case was that only the use of Mysoda’s more plain (so-called blanco-label) was acceptable.

The Supreme Court’s decision will provide clarity as to whether the new label also including the trademark of the refiller, should be considered likely to create confusion in the minds of consumers of the economic link between the refiller and the trademark owner that has put the bottle originally on the market (as indicated by the engraved trademark on the surface of the bottle) – or whether the distribution practices and information provided on carbon dioxide bottles in Finland will make it possible to understand that the carbon dioxide bottle intended to circulate on the market for years, and the gas subsequently refilled into it, have different origins. 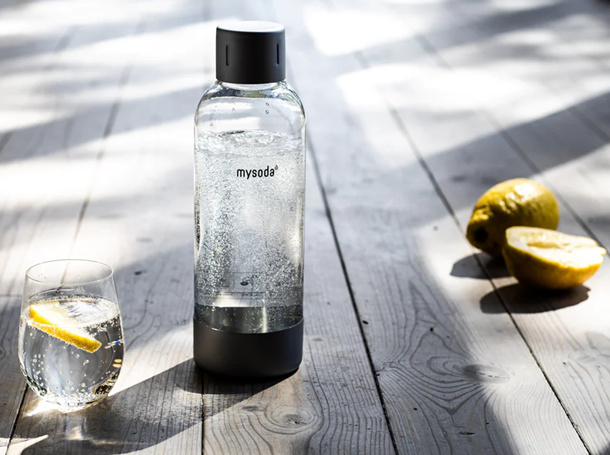